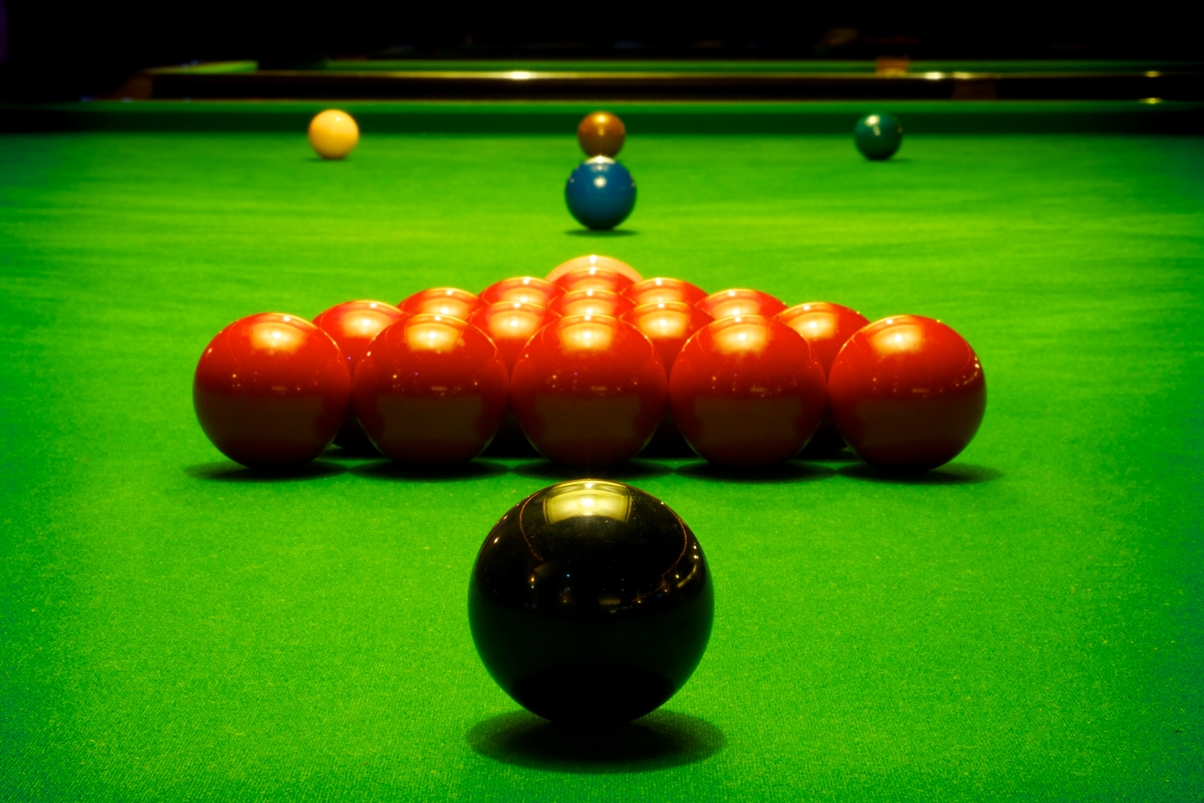 As fun as most games are they all got rules , sometimes too strict but either way we are here to have fun and win ofcos!

Snooker isn’t any diiferent with the rules. It’s a professional game that is played on a snooker table with rules. The table has strict dimensions and cups located in each corner. Snooker balls used to play this game are clearly labeled to avoid confusion. Snooker rules and regulations once adhered to, make the game complete and more professional. The official rules are written and published by the Snooker Association (WPBSA) and World Professional Billiards. Since this is a widely played sport around the world,the rules designed are there to make the game stand. The following basic rules will guide us with the knowledge of the game.

The snooker table should be standard and in line with the dimensions made by the WPBSA.When arranging the table, ensure you have Ball values in the following order and dimensions: Red – 1Yellow – 2Green – 3Brown – 4Blue – 5Pink – 6Black – 7.Clear guidelines are indicated on how to arrange the balls before the start of the game. Note that,the balls have different terminologies for example, the white ball is called the cue ball and it’s the only ball that is used to hit the target balls. Red, these are red in color and usually 15 at the start of the game. Lastly, we have the color which is neither the red ones or white.

When opening the game, the player should have the cue ball in the D-sport. He should hit any red ball without the white ball getting into the cup; otherwise, your strike will be penalized. The game is played by two players who compete against each other.

The basic game play takes turns and once you pot a ball, you are given a chance to make another shot, consequently, when you miss to score, you give your opponent the chance to make a hit. The presence of a referee makes the game fair and he can make ruling outs that are genuine and professional. Note that, your points are counted based on the value written on the ball you pot.

How the game ends

The snooker game ends when all the balls are potted, except the black ball. If the difference in the scores is more than seven, then the winner with more scores is declared. In a circumstance where a player has fewer balls and even if he plays all of them, the score won’t make a difference, then the player resigns and the winner is announced.

In conclusion, the snooker game is not always about potting, champions always place the white ball where the opponents will find it hard to score. This creates fouls in your favor and increases your chance of winning. This game is interesting and once you learn how to play, potting becomes easy and you will find it less tiring to becoming a champion.

Give yourself a try.